Posted on 19th December 2022 and written by Sammy Backstrom

We had a great time at Chard last month, I ran a little late in the morning on the Saturday as I didn’t expect them to start at 8am, so a 5am start and hitting traffic meant I arrived as Scrappy’s class was starting. I popped both horses in a stable and quickly got her ready. Scrappy jumped a good round but unfortunately there was a fence we missed in the scary corner. Onto Lambos class and he came out like a wild 4-year-old, thankfully I know the guys at Chard well and convinced Sarah on the collecting ring to walk him round while I walked the course. Of course Lambo behaved like an angel for her and then returned to crazy dragon pony when I got on. We cleared the collecting ring quite well with his antics, but it was an improvement as there was no spinning just a lot of bucking, fly bucking and rearing. I have no idea how but he jumped a clear in the Blue Chip qualifier and with only 6 clears we guaranteed a space in the final, so we really went for it in the jump off, unfortunately he still wasn’t really listening so we had a couple down but I learnt a valuable lesson that he does need my help!

Lambo came back out to jump the Foxhunter a changed horse and jumped a lovely double clear coming 4th. The Sunday was an early start for Scrappy but in her normal bit we were back on form and jumped a double clear coming 2nd! I took Lambo out and he didn’t feel 100% behind after his antics the day before, so I decided it was best to leave him for Arena UK and get him treated in the meantime.

We were all set for Arena UK, Lambo was on top form then on the Monday of that week someone had left the main gate open going from the lunge arena in to the big outdoor arena. I didn’t know and was happily lunging when the gate suddenly swung open, Lambo obviously panicked and spun round at such speed he fell over. Thankfully we have Carole who does the rehab on the yard, but even after treating him we decided not to go to Arena UK as he could do more damage to his glutes and be off for longer. On the Wednesday I also came down with a lurgy but didn’t think too much off it. Then on Monday I had my Covid vaccine planned and went ahead with this even though I wasn’t 100%. We had a ball in London on Wednesday evening and getting the train in I started to not feel great. I carried on but by 10pm I had to call it a night. I was then very ill all night and had no idea how I was going to make it home on the Thursday. Thankfully we did and I have been stuck in bed ever since.

After speaking to the doctor it turns out I must have had a viral infection at the time of my Covid vaccine, and then the vaccine had mutated it into something much worse, so again I missed my planned weekend with the horses and didn’t make it to the Geoff demo.

Back in November I held a clinic where I helped clients work on their confidence when jumping to improve the relationships between horse and rider. Everyone had a great time and loved their Dengie goodie bags 😍😀 We also worked on gaining suppleness, how to prepare and ride a course, in particular dog legs, as well as discussing management of their horses and ponies and how to get the best from them.

With the weather also turning I decided to give the horses a holiday and come back into work over Christmas for shows in the New Year. 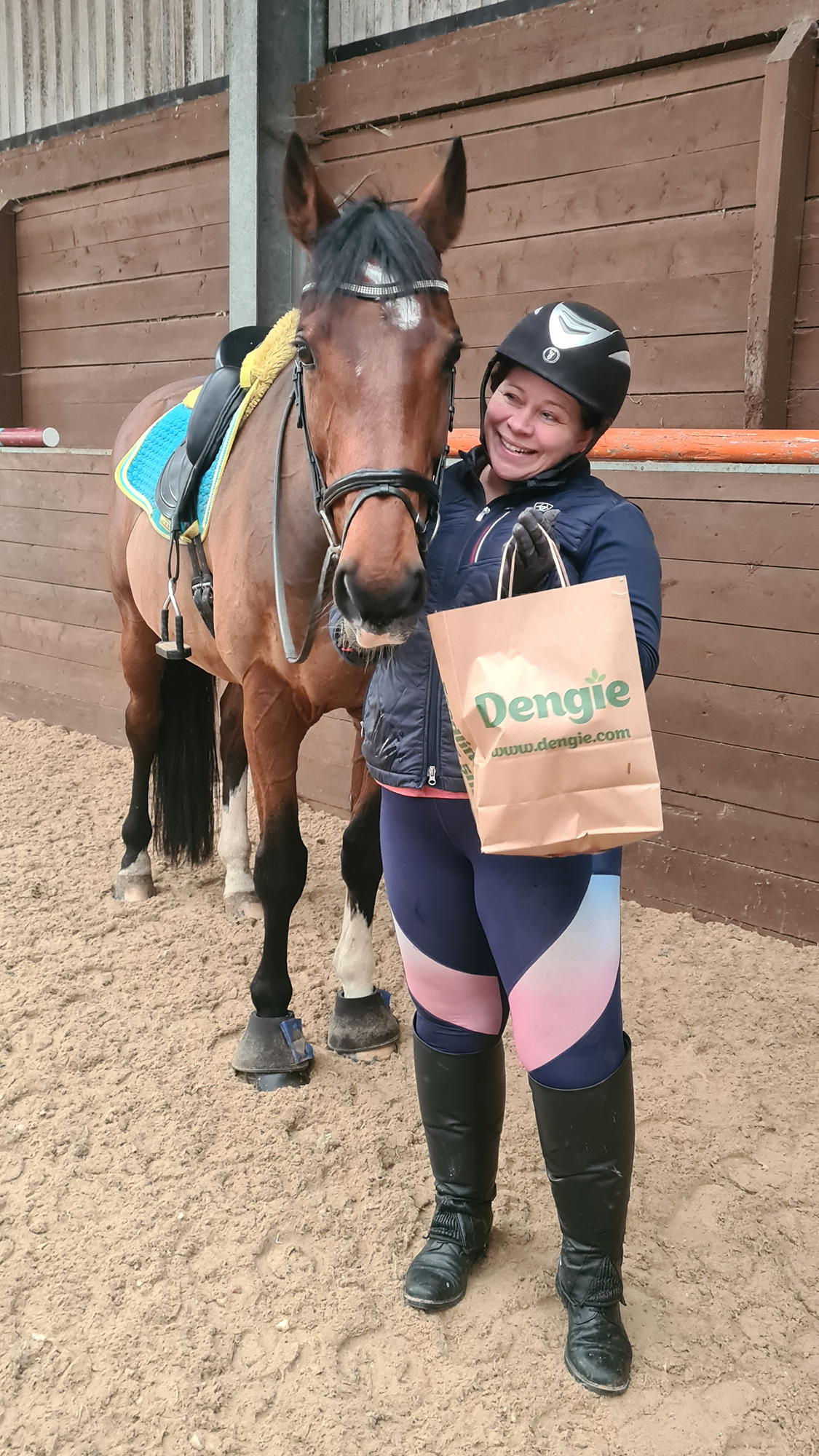